Gabriel Akinola Deko, a Nigerian building contractor and former regional Minister for Agriculture in the    Western Region of Nigeria was born; he was also a personal friend of Awolowo.

Nigeria was admitted to the United Nations as the 99th member. One of the earliest and most significant contributions to the UN was to furnish troops for the peacekeeping operation in Zaire in the early 1960s.

Nigeria severed its remaining ties with Britain, marking the birth of the Nigerian First Republic. Nnamdi Azikiwe was sworn in as first President after Nigeria became a republic within Commonwealth.

Nigeria played 2-2 draw in a friendly game with Liberia in Monrovia.

There were post-election riots in Lagos.

There was an incident in Ibadan broadcasting studio purportedly involving Wole Soyinka, who was declared wanted. Bola Ige was also arrested over another broadcast incident.

Nigerian students in London demonstrated over Western Nigerian elections. The demonstrators alleged that the United Progressive Grand Alliance (UPGA) had won 68 seats in the House of 94 but the Governor of the region, Sir Odeleye Fadahunsi, had called on the Nigerian National Democratic Party (NNDP) to form a government.

Biafran forces pushed out of the Midwest.

One of the officers most responsible for the Federal Nigerian Army’s victory over the secessionist Biafra or Eastern Nigeria, Colonel Benjamin Adekunle, said in London today that the leader of the secessionist forces, Colonel Ojukwu, would be allowed to return to Nigeria.

Head of State, Murtala Muhammed, opened new Constitution Drafting Committee meeting, comprising former politicians, lawyers, intellectuals, businessmen and journalists as members, who will draw up the constitution after his recent speech promising the country a return to democratic rule in October 1979.

General Obasanjo replaced thousands of civil servants and announced a timetable for the resumption of civilian rule. He also announced government’s intention to create new states and to construct a new federal capital in the centre of the country.

Nigeria beat Egypt 4-0 in Lagos in a World Cup qualifier. It remained the biggest defeat of Egypt in any competitive game till date.

General Olusegun Obasanjo visited Washington in America. He met Jimmy Carter at the start of an official visit to the United States. It was the first visit ever by a Nigerian Head of State to the White House. It was during that visit that Carter was invited to come to Nigeria. The two leaders were known to share the same views on how a settlement in Rhodesia should be brought about and support for the Anglo-American plan was expected to feature in their discussions.

The late Head of State, General Murtala Ramat Muhammed, who was the torch bearer of the Nigerian Revolution July, 1975, was declared a national hero.

The Head of State, General Olusegun Obasanjo, formally inaugurated a 230-member Constituent Assembly, although did not start business until a month later.

Nigeria returned to civilian rule after 13 years of military government. Inauguration of 54-year-old President, Alhaji Shehu Shagari, was the climax of the programme. Final preparations for the handover were well under way in Lagos, the country’s capital.

The nation marked its 20th Independence and also the first anniversary of the Presidential system of government in the country.

A total of 133 Nigerians were conferred with the 1980 National Honours presented by President Shehu Shagari.

President Shehu Shagari left for New York on the first leg of his state visit to the United States.

President Shehu Shagari commissioned a new oil refinery in Kaduna which cost the Federal Government the sum of N503 million.

Nine re-elected governors and eight new ones were sworn in today in 17 states of the country. Re-elected President Shehu Shagari and Vice President Alex Ekwueme took oaths of office for their second term. Shagari announced a number of measures aimed at reviving the economic situation in the country to mark the 23rd anniversary of Nigerian Independence.

Oyo State television  station was closed down indefinitely by an executive order of the new governor of state, Dr. Omololu Olunloyo.

The ADC to the late General Murtala Muhammed, Lt. Akinsehinwa, was among the 137 Nigerians who bagged National honours.

Ninety-four people were killed in Ondo and Oyo states when political violence erupted in the two states during the last general election. Of those killed, 42 were from Ondo and 52 from Oyo.

Dr. Joseph Wayas was re-elected President of the Senate for a second four-year term.

Governor Omololu Olunloyo of Oyo State pruned down the number of ministries from 15 as operated by the previous administration to 12.

Chief Adekunle Ajasin was sworn-in for another term of four years by the Ondo Chief Judge, Mr. Justice Kunle Orojo.

The Supreme Court dismissed the appeal by Chief Bola Ige in which he challenged the election of Dr. Omololu Olunloyo.

Lagos University Teaching Hospital (LUTH) resident doctors numbering about 130 embarked on an indefinite strike action over what was called  ‘termination of appointment’ of its members by the LUTH management board. The Nigerian Cocoa Board approved the N100 increase per tonne in producer prices for the 1983-84 season.

President Shehu Shagari turned down Senate’s request that he should furnish it with the portfolios of his ministerial nominees before the House could start debate on them.

The Police in Lagos uncovered an illegal mint for the printing of forged Nigerian currency notes.

The first President of Anambra State University and the first African Vice Chancellor of the University of Ibadan, Professor Kenneth Dike, died.

The Supreme Court ordered a retrial of the petition by the NPN gubernatorial candidate, Chief Collins Obi, against the re-election of Governor Sam Mbakwe of Imo State.

The fire outbreak on the 25-storey complex housing the Federal Ministry of Defence occurred at the fourth floor where its Permanent Secretary had his office.

About 40,000 government workers in Ogun State embarked on an indefinite industrial action following a controversy with state government over the mode of disbursement of the N3 million released by the Federal Government to the state.

The Federal Government approved an interim grant of N3 million for those affected by the August 1983 rampage both in Oyo and and Ondo states.

Nigeria broke Ghana’s football might at Accra before a big crowd when the Green Eagles beat the Black Stars by 2-1 to qualify for the 1984 Los Angeles Games in the United States of America.

Nigeria unilaterally reduced her crude oil prices by two dollars per barrel, in response to British and Norwegian price cut.

Some former ministers in the ousted Shagari administrations were released by the Federal Government. Prominent among those freed was the secessionist leader, Chief Emeka Ojukwu.

Dele Giwa, Nigerian journalist, editor and founder of Newswatch magazine, was killed by a mail bomb in his home. The assassination occurred two days after he had been interviewed by State Security Service.

The day after the bombing, the government convened a press conference presided over by Augustus Aikhomu. Before the press conference started, all press photographers were ordered out, while foreign journalists and Nigerians that worked for foreign news media were also ordered out. Those left behind were told that the briefing was “off record” and Aikhomu would not be entertaining any questions.

Government of Gen. Ibrahim Babangida established two “grassroots” parties: the National Republican Convention (NRC), which was to be “a little to the right” and the Social Democratic (SDP), “a little to the left.” Other parties were not allowed to register by the government.

Mr. Yommie Johnson surrendered in Monrovia, Liberia and was exiled to Nigeria.

Nigeria qualified for the World Cup for the first time, after a 1-1 draw with Algeria in Algiers.

Airbus A310 of Air Nigeria hijacked, one dead.

In address to the nation, Gen. Sani Abacha announced the timetable for a three-year transition to civilian rule. Only five of the political parties which applied for registration were approved by the regime.

The military government of Nigeria under Gen. Sanni Abacha tried Ken Saro-Wiwa and eight others, finding them guilty of the murder of four Ogoni people.

Dornier aircraft plunged into a thick bush near the Niger Delta, killing its six occupants injured.

Religious violence erupted in the North over Miss World Pageant to be hosted in Abuja. It was thereafter shifted to London.

The International Court of Justice (ICJ) ruled against Nigeria in favour of Cameroon over the disputed oil-rich Bakassi Peninsula.

A Bellview Airline’s Boeing 737 aircraft with 117 people on board crashed shortly after take-off from Lagos. All on board were killed. 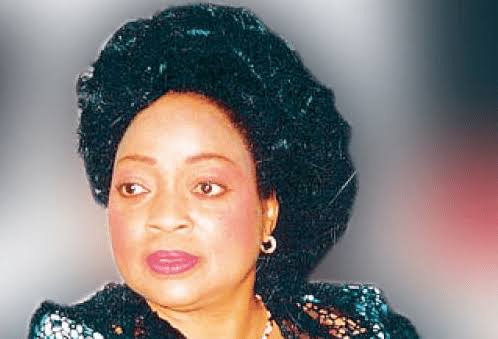 Sultan of Sokoto, Alhaji Muhammadu Maccido and others died in an Aviation Development Corporation (ADC), Airline’s Boeing 737 aircraft with 104 on board minutes after take-off from Abuja’s airport. All but six perished in the disaster, the country’s third major air disaster in the year.