The Defence Headquarters says the military has killed several Boko Haram/ISWAP terrorists and bandits and also arrested their collaborators in the Northwest and Northeast zones during an operation.

The Coordinator, Defence Media Operations, Maj.-Gen. John Enenche, said this while giving the weekly updates on military operations across the country on Thursday in Abuja.

According to him, the recently repentant 601 Boko Haram/ISWAP terrorists who graduated from Operation SAFE CORRIDOR are being received by their respective state governments and are in the process of being finally reintegrated to their home communities.

He therefore, called for cooperation from stakeholders to ensure that they did not slip back to terrorist activities.

“The Armed Forces of Nigeria, in conjunction with all stakeholders of the Operation; including traditional, religious and community leaders as well as families of graduated clients, worked out the modalities to ensure this positive outcome,” he said.

He said that for the period under review, the country witnessed downward trend in the activities of armed bandits and criminal elements in the North West zone.

According to him, the gallant troops of Operation HADARIN DAJI within the period carried out series of clearance operations, ambushes and other aggressive and confidence building patrols.

He said that in one of the operations conducted on Sept. 3, the gallant troops neutralised two armed bandits at Samawa village in Bungudu Local Government Area of Zamfara.

“Similarly, on the same day, a bandit named Sada surrendered three AK 47 rifles, one SMG and two magazines to troops of Forward Operating Base DANSADAU in Zamfara.

“During the ambush, troops neutralised four armed bandits and recovered one locally fabricated rifle along with five rounds of 9mm ammunition,” he said.

He said that troops of Operation HADARIN DAJI on Sept. 6, arrested a bandit at Koha village in Batsari Local Government Area of Katsina State.

“ Additionally, within this period, the Air Component of Operation THUNDER STRIKE neutralised several armed bandits and disrupted their camps in the Kuduru and Kwaimbana Forest areas of Kaduna state,” he said.

He said that this was achieved through separate air strikes carried out on the heels of credible intelligence reports indicating that the two locations were being used as staging areas by the bandits.

According to him, the attacks on the two forests hideout were executed after aerial reconnaissance missions observed significant number of armed bandits around some compounds in a small settlement within the forest.

He said that the operations had restored to normalcy the hitherto crippled agricultural, social and economic lives of the people of this zone by bandit’s activities. 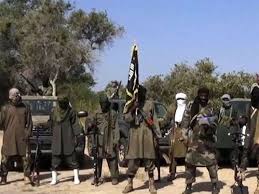 He said that in continuation of its efforts in the fight against terrorism in the North East zone, the Armed Forces of Nigeria would not relent in its kinetic and non-kinetic operations.

“Within the period under review, troops of Operation LAFIYA DOLE recorded appreciable successes.

“During the encounters, troops neutralised a terrorist and recovered one PKT rifle and two AK-47 rifles.

“In the process, nine different Boko Haram/ISWAP structures identified during ISR missions in the location were cleared.

“Additionally, five of their fighters were killed during the raid; several others were neutralised by mop-up air strikes while escaping with various degrees of gunshot wounds.

“Interestingly, seven kidnapped victims comprising two women and five children were rescued by troops during the operations,” he said.

According to him, in another development, on the same day, troops of 134 Special Forces Battalion repelled BHTs/ISWAP ambush along Magumeri and Gubio Towns in Borno.

“During the encounter, troops killed one terrorist and recovered one gun truck, two AK 47 rifles, one Dushka AA Gun, one PKT gun and one MG. 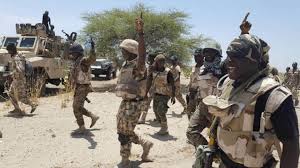 “Additionally, troops of Operation WHIRL STROKE in conjunction with police and vigilantes, on Sept 7, raided the residence of suspected armed robbers and kidnappers at Garba Chede in Bali Local Government Area of Taraba.

“During the raid, one armed robber was neutralised while one G3 rifle was recovered,” he said.